Activity Update
While our club is closed, we are carrying out some maintenance in line with the restrictions and challenges that Covid-19 presents. We aim to provide a clean safe environment to return to when we do get back up and running. We are working on “getting back playing guidelines”. Clive is monitoring what other countries are implementing. One thing for sure is we will all have to understand any risks and be disciplined about cleaning.
So, here is what is happening to the club at the moment.
·        The facility is painted (not the courts just the common areas)
·        New roof installed in the corridor between ladies and gents dressing rooms
·        Court one floor is being repaired
·        We are looking at solutions to increase the heat in court one area. We have removed the counter unit blocking the radiator. We will upgrade the radiator if the cash is available.
·        New carpet will be fitted later this month.
·        Ladies toilet will be tiled and made more user friendly.
·        If the cash allows tiling will be done in gents changing room also
·        Our pathway is almost finished. Just waiting on the builders to return to work and complete the fencing
Thanks to everyone for your patience and understanding.
RABAEY WINS AGAIN IN MUNSTER CLOSED:
Last weekend, Ennis man Jonathan Rabaey travelled to Cork to enter the Munster Squash Senior Closed where he brought home another trophy - this time,  at two levels higher than last season's competition. Having entered the C division, he faced a tough draw on the Saturday against Barry Hackett of Sunday’s Well, a player of extensive Division 3 league experience. This match was a tough battle, characterized by long rallies along the walls. Hackett used his greater experience and managed to prevail on a score line of 11-6, 11-8,11-3, propelling Rabaey into the plate semi-final against Paul Murphy of Dunhill.
Rabaey shrugged off this initial disappointment and refocused for his next game. Playing Paul Murphy in what turned out to be a highly entertaining game lasting 1hr and 10mins, Rabaey fought hard against a determined opponent in a contest which drew a huge crowd as the drama unfolded. Rabaey lost the first 11-13 after being 10-8 down with Murphy 's withering cross-shots getting him over the line. Rabaey then took the second 12-10 demonstrating good length down the lines allied to precise drops. Murphy then came out in the third winning 11-8 with some long attritional rallies going his way.
Rabaey then understood he would have to increase his intensity levels to regain momentum. Taking the ball a little earlier off the front wall and cross-courting the ball a little more, he managed to take the fourth 12-10 after bravely clawing back two game balls to bring it to the fifth. This deciding game turned out to be another thriller where once again the players duelled up and down the left wall. Rabaey found himself down 7-3 but remained calm and concentrated. 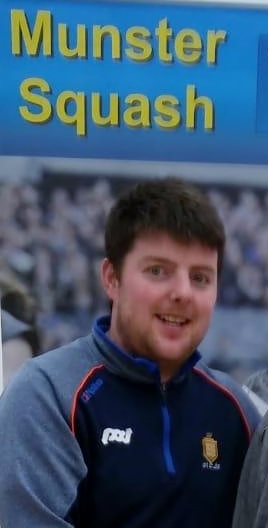 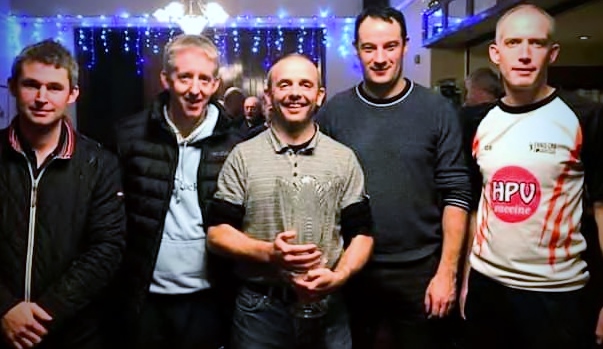 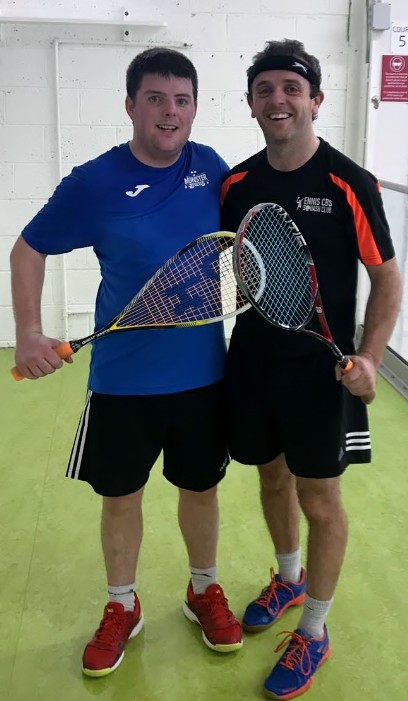